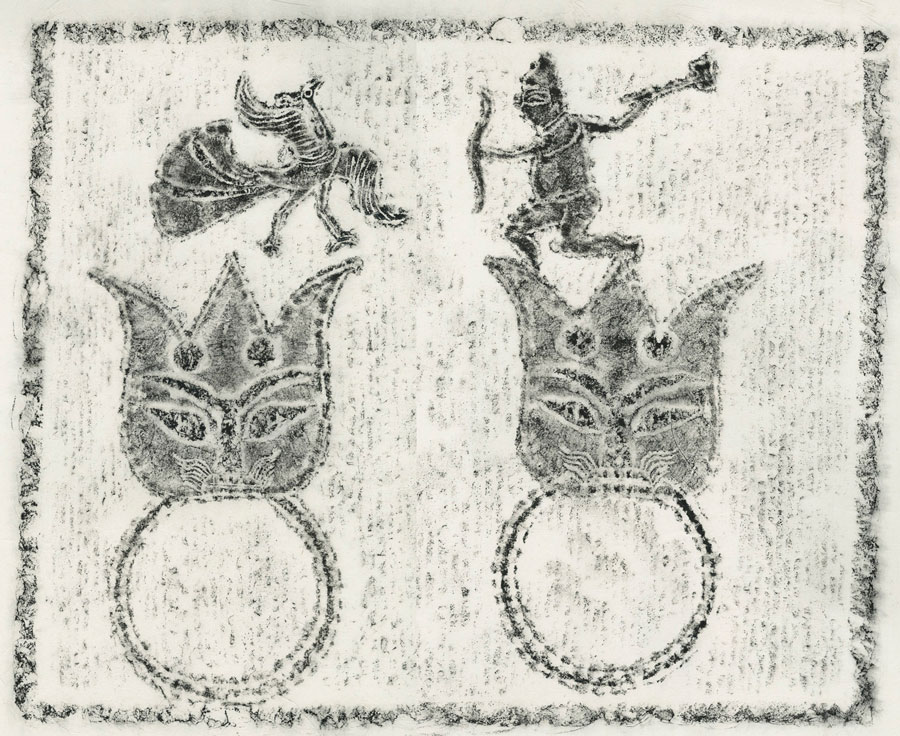 This rubbing of a carving in stone has been assigned tentatively by one expert to the Chu Kingdom. This kingdom came into existence as a kingdom in the early 8th century BC. During the Warring States Period of Chinese history, this kingdom ceased to exist in 223 BC when it was finally conquered by the King of Qin, who was to become the first Emperor of a unified China.

This rubbing has no known provenance other than being purchased in China in the 1990s. The assignment of the rubbing to the Kingdom of Chu is tentative, but is based upon style and design. The warrior at right is attacking a phoenix, which may symbolically represent a rival kingdom. Each figure stands above what appears to be a door handle, with a loop hanging down from its mouth. The faces have feline eyes and what appear to be fiery upper lips. The iconography and its meaning are obscure. Scholarly opinions or suggestions are welcomed.